Thomas Perry is the bestselling author of over twenty-seven novels, including the critically acclaimed Jane Whitefield series, Forty Thieves, and The Butcher’s Boy, which won the Edgar Award. He lives in Southern California.

​“The fact is, there are probably only half a dozen suspense writers now alive who can be depended upon to deliver high voltage shocks, vivid, sympathetic characters, and compelling narratives each time they publish.
Thomas Perry is one of them.” ––Stephen King

“Mr. Perry’s characters come to life with a single sentence. . . He’s one of the greatest living writers of suspense fiction.”
––The New York Sun

“Perry is the best suspense writer in the business.”––The Boston Globe

"For nearly 40 years, Thomas Perry has been steadily building one of the most impressive bodies of work in contemporary crime fiction..." --Washington Post
​ 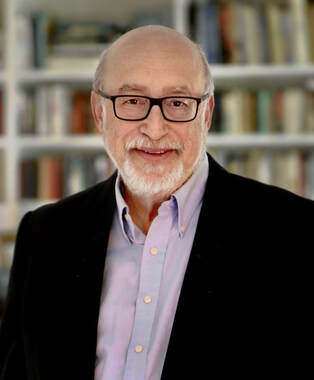 The Butcher’s Boy is back and redeploying the violent ways of his youth
to escape a new reward on his head.

"This dark but illuminating return to his fictional roots is Perry at his
​representative best. It rarely gets better than that." Washington Post

Deadly Pleasures Magazine: "This is easily one of the most exciting thrillers of the year and I cannot recommend it highly enough. Thomas Perry remains a master of the thriller genre.”

Kirkus Reviews: "Perry makes the distant past as vivid and immediate as the relentlessly paced present.”

Michael Shaeffer is a retired American businessman, living peacefully in England with his aristocratic wife. But her annual summer party brings strangers to their house, and with them, an attempt on Michael’s life. He is immediately thrust into action, luring his lethal pursuers to Australia before venturing into the lion’s den—the States—to figure out why the mafia is after him again, and how to stop them.
Eddie’s Boy jumps between Michael’s current predicament and the past, between the skillset he now ruthlessly and successfully employs and the training that made him what he is. We glimpse the days before he became the Butcher’s Boy, the highly skilled mob hit man who pulled a slaughter job on some double-crossing clients and started a mob war, to his childhood spent apprenticed to Eddie, a seasoned hired assassin. And we watch him pit two prominent mafia families against each other to eliminate his enemies one by one.
He’s meticulous in his approach, using his senior contact in the Organized Crime Division of the Justice Department for information, without ever allowing her to get too close to his trail. But will he be able to escape this new wave of young contract killers, or will the years finally catch up to him?
Perry’s Edgar Award–winning Butcher’s Boy returns in full force in this exhilarating new installment to the beloved series.